A game programmer is a type of software engineer who develops and writes code for games, whether that be on a traditional console, computer, or smartphone. In the past, programmers could break into the field with no formal education or background, but with a growing list of schools that offer specialized studies, many companies now require some type of formal training.

This is a great field for those who have always wanted a career in the gaming industry. Depending on your area of expertise, you’ll be able to write code that controls the movements of non-playable characters, sound effects, special effects, and even the artificial intelligence in the game itself.

Do You Need a Degree to be a Game Programmer?

While earning a game programming degree isn’t strictly necessary, it does help candidates demonstrate their knowledge and skills to clients and studios. However, those with experience using game engines and programming languages through personal projects may find employment without attending a university or trade school.

How Long Does It Take to Become a Game Programmer?

Some game programmers have a computer science degree and several years of experience. Meanwhile, others may be self-taught with only personal projects in their portfolio. Either of these candidates could find a role either with a studio or as a freelancer, depending on the employer and their needs.

The time it takes to become a game programmer varies based on factors such as prior education, experience, and the specific role or company you are aiming for. For example, becoming a senior game programmer takes around 3-5 years of experience in game development.

What Types of Skills Should Game Programmers Possess?

What Is a Game Programmer?

Sometimes confused for a game designer, a game programmer’s job involves bringing the ideas of the designer and the rest of the creative team to life through code. Though they don’t decide on the game structure, the playstyle, or the rules, programmers play an integral role in its creation.

While there are many specialties under the umbrella of a game programmer, most individuals begin their career as a junior programmer. These workers often shift between projects and systems, writing code for games on everything from computers to cell phones and gaming consoles.

As they continue to grow, a game programmer can choose to specialize in a particular area and platform, such as artificial intelligence on one of the major consoles. Once a programmer has gained enough experience, they can apply for a position as a lead programmer, which comes with management responsibilities.

What Do Game Programmers Need to Know?

Game programmers often have a strong computer science background with knowledge in areas such as artificial intelligence, physics, and networking. They use programming languages such as C++, Java, and Python to write code and may also use game engines and other tools to create and test their games.

What Are a Game Programmer's Job Duties?

What Does a Game Programmer Do?

Game programmers perform various tasks, which can vary depending on their responsibilities within a team or to a freelance client. Everyday game programmer job duties can include:

A video game development and programming degree gives job seekers a distinct advantage when applying for work in this competitive field. Most game programmer jobs typically require at least a bachelor’s degree in computer science or software engineering. In some cases, a degree in a related field, such as mathematics or physics, may also be acceptable.

Whether you attend a school with a game design program or not, employers prefer candidates who can demonstrate experience with relevant programming languages, such as C++ and Java, as well as knowledge of game engines and other industry tools.

In addition to formal education and experience, game programmers should also have strong problem-solving and communication skills, as well as a passion for video games and development.

Where Do Game Programmers Work?

Game programmers typically work for studios or companies that create video games. Some game programmers are freelancers or contractors and work on a project-by-project basis for various clients.

Game programmers may also work for software companies, consulting firms, government agencies, and other organizations that create interactive multimedia products or use video game technology for training or simulation purposes.

Why Do Game Programmers Need the Ability To Write Code?

Writing code is the main requirement of being a game programmer. Without code, a player wouldn’t be able to make the character or game function properly. Code also serves to tell other facets of the game, such as the NPCs, what to do. If a person doesn’t know how to write code, the game would be unplayable.

The most common way for people to improve this skill is by educating themselves. With the tech field growing, it’s much easier to find Bachelor’s programs suited to this type of work than in the past. Certifications are available, both on campuses and online, that can teach you everything from the basic fundamentals to more advanced program writing.

How Do Game Programmers Promote Their Work When Starting Out?

When you’re starting a career in the field of game programming, companies like to see finished projects or demos. A portfolio can show potential employers that you understand the program languages needed for a job within the company. You can do this by creating your own projects, or it’s possible to volunteer on “mod” projects, which are modifications of existing games.

What are Useful Skills for People in This Field?

Are There Special Requirements for Game Programming Jobs?

Most jobs require at least some form of post-secondary education in a computer science-related field, with some schools now offering a game programming degree outright. Companies also look for internships and volunteer work in the field, so candidates can show they have some level of experience.

Many types of certifications are available online for those looking to build their resume and skillset. Certificates in areas such as C++ and other coding languages are available through various universities and trade schools, as well as certain classes for free online. Completing these can help improve your knowledge on the subject matter and show employers your dedication.

What Is the Outlook of
Game Programming Jobs?

While the gaming industry ebbs and flows through the years, there is always a demand for good game programmers. Without anyone to write code, developers and artists wouldn’t be able to see their ideas come to life. Because of this, game developers and software companies are always on the lookout.

The median salary in the US for a game programmer is $50k per year. Pay can vary greatly depending on the workplace, as premier studios will be able to pay more than an independent developer. Because of the long hours, programmers may also see a salary increase because of overtime pay. Job benefits and incentives may include things like: 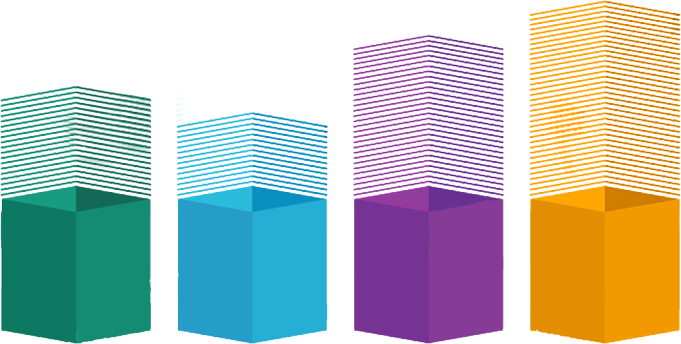 A heavy workload and long hours are some of the major challenges when it comes to game programmer jobs. Workers can expect to work long days when a major project deadline is near. It’s not uncommon for people in this field to work 60-70 hours in a single week to meet the demands needed to complete a game.

Is Being a Game Programmer Hard?

How Much Does a Game Programmer Make?

A game programmer’s salary varies due to education level and experience, the size and location of the company they work for, and their specific job duties. The U.S. Bureau of Labor Statistics states that the median annual wage for computer and information technology occupations, including game programmers, is about $97,430.

However, game programmers at large studios or companies in major cities may earn significantly more than those working at smaller studios or in less expensive areas. It is worth noting a game programmer’s salary can also vary depending on their specific role and whether they work as a full-time employee, contractor, or freelancer.

How to Get Work as a Game Programmer

There are a few ways you can find game programmer jobs:

Where Can Prospects Find Work?

After a person has completed their game programmer degree, they can use their skillset to find work in places such as:

Game programmers can work from home, either as employees or as freelancers. Many game development studios allow their employees to work remotely and usually have systems in place for remote collaboration.

Additionally, some video game programmers choose to work as freelancers or contractors, allowing them to work anywhere with a stable internet connection. However, not all game programming jobs allow for remote work, and it may be more difficult to find freelancing roles if you are just starting out in the field.

Are Game Programmers Still in Demand?

The video game industry is a rapidly growing and dynamic field with a constant need for skilled programmers to create new and innovative games. According to the Entertainment Software Association, the video game industry generates billions of dollars annually. As a result, experts predict game programming jobs will be in high demand for the foreseeable future.

Do Game Programmers Have Any Other Options?

Because of their extensive knowledge of writing code and learning different programs, there are several career paths a programmer can take. If you get tired of being in the gaming industry, several other fields like security, blockchain, and cloud computing need people with the ability to code.

What are Alternate Game Programming Careers?

Here are a few alternative careers to consider:

Game programming careers can be both demanding and fulfilling for the right person. For those with a love of programming languages, troubleshooting and collaborative work, attending a school with a game design degree program is a significant first step toward a challenging yet rewarding future.