Communications students learn to connect with audiences using targeted messages. They conduct market research in order to learn about the spending habits and interests of unique demographics. Modern technology makes it more possible than ever for communications directors to reach their intended clientele.

The art of communications is about effectively conveying information. This is an important skill in any profession. Specifically, communications workers relay information to large audiences. The goal of these interactions is a direct benefit the businesses they work for in the form of a sale or brand recognition.

Those with communications jobs know how to decipher the preferences of their audiences. They use resources to creatively broadcast their content. Workers must be able to speak and write clearly in order to distinctly convey information.

Jobs in communications are varied. Some graduates work in human resource departments to recruit and train staff members. Others find gigs as conflict mediators or school guidance counselors. Communications skills are also great for creative types and those who love performing or being in front of cameras. Areas of study in this field include:

What Is a Communications Major?

Majoring in communications gives students the skills to interact with people of varied backgrounds. They learn how to speak in public and engage with live audiences both small and large. Prospects learn the most efficient means to reach audiences through various forms of media. In many cases they contact people through cell phones and the internet.

In general, the three major branches of communications are public relations, broadcasting, and writing. Public relations specialists are responsible for the public image of a company. They draft and publish press releases or promote positive stories on social media. These workers must respond to negative press or feedback in a polite manner.

Reporters and broadcast analysts impart the daily news to millions of viewers around the globe. Workers may report the general news, or they can specialize in subjects like weather, traffic, and sports. Announcers offer commentary and insight at athletic events, while TV show hosts interact with guests live on the air.

Writers take on a number of tasks. In marketing communications jobs, they write promo materials and advertisement copy. These workers may compose press releases or tweets that reveal exciting info on a company. Associates also conduct interviews, draft speeches, and carry out ad campaigns.

Seasoned writers choose the subjects and stories written about in a publication or on a website. They also revise the work of others in order to check for accuracy, spelling, and other factors. Film and audio editors have a much different job, as they piece together bits of video and sound to create music, television shows, and feature films.

Communications is a general liberal arts major. It can lead to employment in the following fields:

What Are Communications Job Duties?

Communications major jobs give workers the opportunity to plan and organize projects. They must keep their brand’s overall goals in mind while remaining attentive to detail. Workers must also be able to handle constructive criticism and feedback from peers or superiors.

Some associates engage in sales research to guide the development of marketing materials. To do this they may use data mining software that sorts through and makes sense of large amounts of sales stats. They then use this info to determine who buys what and target individuals with ads or coupons based on their interests.

Many of these workers help determine brand strategy. Associates develop marketing schemes with sales departments in order to achieve milestones or publicity objectives. They provide crucial insight that helps to establish long-term innovation and product development. 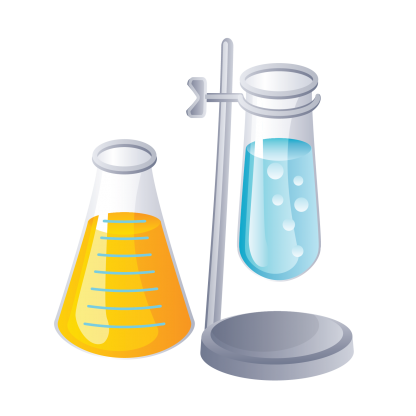 What Types of Skills Should Communications Workers Possess?

Workers keep an eye on department budgets, informing accountants of unusual activity. They train sales prospects on relevant marketing techniques and build rapport with clientele. A professional appearance is a must due to the fact these associates often represent their companies during pitches and meetings.

Colleagues need to be able to learn new concepts and vocabulary terms when interpreting technical procedures. Knowledge of regulations is crucial of communications associates in order to adhere to legal standards. Associates conserve company resources in effort to become more cost-efficient.

Those in communications watch competitors to keep up with marketplace dynamics. Workers should strategize around their company’s known strengths and weaknesses. This involves exhibiting thoroughness while planning ad campaigns. Associates may need to adapt their strategies around evolving market conditions.

A sense for good business practices is a must for these workers. They should recognize the fine line between opportunity and potential failure, appreciating the implications of their decisions. Before making a business move, they should consult colleagues about all possible scenarios in order to avoid trouble.

Digital communication skills play into business sense. Tools like social media are cost-efficient and effective forms of advertising. Knowledge of consumer preferences is another important skill. For example, many brands want to avoid being bothersome to patrons. For them, it might make better business sense to send out one marketing email per week rather than one per day.

Are There Special Requirements for Communications Jobs?

There are several ways for prospects to kick start their communications careers. Certificates and degrees are widely available through trade schools, community colleges, and four-year colleges. People with busy family lives or work schedules can even receive credentials through online communications schools.

Certain institutions may specialize in focused areas of communications. For example, some schools lean more towards modern communications theory, such as cultural speaking patterns and language habits. Others stress broadcasting and announcing skills, while several lean more toward marketing and advertising. Consider this while searching for the best communications schools to attend based on your interests.

What Is the Outlook for
Communications Jobs?

Job growth in the field of communications is at six percent, which is on par with the average for all occupations. In today’s world, vast amounts of information need exchanged, which provides job security for these workers. The amount of businesses hiring for communications positions is steadily increasing and showing no signs of slowing down.

The average annual wage for communications staff is around $50k. This is much higher than the median wage for all American occupations, which sits just over $38k per year. Benefits packages for these workers often include the following:

Prospects should expect a fast-paced environment upon hire. No matter what branch of communications they choose, recruits will have to build their reputations from the ground up. Workers need to interact with people and must possess strong interpersonal skills.

What Can You Do With a Communications Degree?

Communications degrees are very open-ended. They can apply to a number of careers. There is no single path for those who choose this field of study. Some people opt for corporate communications jobs like PR specialists or marketing managers. Others choose to get into public relations or cultural services. Communications jobs can take the following forms:

What Options Are Available to Communications Majors?

Brand managers are the faces of the companies they represent. These workers search for growth opportunities while delivering creative marketing campaigns that lead to increased sales. Associates set marketing priorities based on research of consumer trends and preferences. They earn annual salaries around $60k, with the potential to make over $120k with the right experience and business connections.

What Are Alternate Careers for These Workers?

No other career combines researching, writing, and speaking skills quite like announcing. These associates work as sports announcers or radio DJs. During athletic events, their jobs involve providing accurate play-by-play analysis and color commentary. At parties or radio stations, they offer insights and news bits between songs. The median pay for announcers is around $31k per year.